The 10 most influential smartphone apps 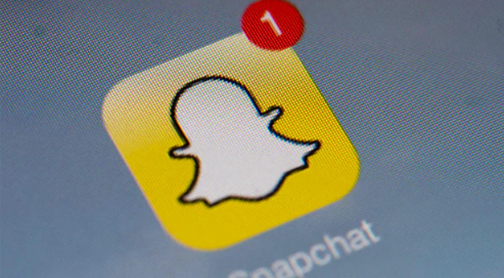 This article titled “The 10 most influential smartphone apps” was written by Alex Hern, for theguardian.com on Friday 24th March 2017 08.00 UTC

Once upon a time, there was no “Google Maps” and “Apple Maps”. There was just Maps, the mapping app that shipped with the first iPhone. Where many of the Apple-developed apps in the first iPhone have had little long-term influence, Maps more-or-less created the user experience that is still standard across OSes to this day: pinch to zoom, a small blue dot to mark your location, and an in-built compass for orienting yourself. And with Google as the source of data – until the rocky divorce ended that.

Three words: Pull to refresh. It’s not often a one-person development studio invents a new user interface concept which goes on to be adopted by the entire world, but Loren Brichter, the developer of the independent Twitter client, pulled it off. Tweetie 2.0 was released in September 2009; by 2012, the concept had made it to Mail in iOS, with Apple effectively confirming that Brichter’s innovation was the best way to solve the problem. Oh, and Tweetie itself? It was bought by Twitter in 2010 and became the social network’s first official app, three years after it launched.

The cab app is known for pushing the limits of the law, thumbing its nose at regulations and singlehandedly making tenuous low-paying employment seem sexy in the eyes of investors. It’s hard to remember life before the uberisation of everything. Key to its success is its mobile-first approach for passengers and drivers. All you need to drive for Uber is a car and a phone, leaving its roll-out cost at a minimum. No clunky, proprietary equipment required here, which allowed the service to expand as fast as its legal department could handle.

Sure, now it’s now just Facebook’s second brand – the Cos to Zuckerberg’s H&M, the Picturehouse to his Cineworld, the Audi to his VW – but once upon a time, Instagram was the future. The app pioneered the misdirection approach to building a business: pretend what you’re offering users is a fancy set of camera filters, when actually you’re building a social network. At the time, everything Instagram did was “wrong”, from its refusal to support Android to its total absence of any web view, but it all came together in the end.

Snapchat makes it on this list twice over. Its broad influence on the app market was the promotion of ephemerality as a desirable concept: once the app outgrew its sexting reputation, others took note of the fact that users seemed far happier to share content if they knew there wasn’t going to be a permanent record of everything they posted. But more specifically, Snapchat’s influence is in one direction: towards Facebook. The company has gone after Snapchat in one way or another more than sixteen times, most notably cloning the Snapchat Stories feature into Messenger, Facebook, Instagram and WhatsApp.

It’s sometimes easy to forget Clash of Clans is a game, rather than a money-making machine that brought Finnish developers Supercell to the pinnacle of Europe’s technology scene on a wave of cash. A multiplayer base-building game, it took the basic freemium mechanics that had made its predecessors so successful, and turbocharged them. Players are still encouraged to fork out through frustration, as build-timers stretch out in to the future, but there’s also the competitive element: teaming up with the rest of your clan to take on opponents is a powerful motivation for forking out cash. Sure, Farmville did much of it first, but Clash of Clans showed that free games could be huge.

When Dark Sky launched, its pitch was simple: a weather app for knowing whether you would need an umbrella in the next hour. Not “will it rain in my city today”, or “what’s the temperature going to be at the weekend”, but “right here, right now, with those grey clouds overhead, am I going to get soaked?” It served as a salutary lesson, not just for weather apps, but for a lot of services being ported over to mobile, about what “personalisation” could mean in practice. Before apps, a weather site could have offered something like Dark Sky, but it would have been mostly useless; now, a “rain” notification is a cost of entry.

Foursquare has had many iterations: from a Find My Friends-style app focused on enabling serendipitous moments of hanging out, to a crowdsourced city guide for the whole world, and these days ending up largely as a quiet data-broker sitting on the back-end of services as varied as Citymapper and Untapped. But its biggest influence is the basis of it all: the check-in. That’s what you’re doing when you tag a location in Instagram, share where you are in an iMessage chat, or mark that you’ve arrived at the venue in Eventbrite, and it all started with Foursquare.

Dearly departed Mailbox, we still mourn your absence. Before it was bought by Dropbox, then unceremoniously shuttered, the mail app was the first one really good enough to replace Apple’s in-built email client. It worked by narrowing its focus (only working with Gmail, only working on one platform), and building from the ground to help users achieve Inbox Zero, that nirvana of personal productivity. Swipe one way to archive, swipe another to “snooze”, and get a cheery Instagram pic at the end of each day if you manage to clear out your inbox. The app may be dead, but its influence lives on in, most obviously in the form of Google’s Inbox, an app built from the ground up to present a mailbox-style interface to Gmail.

Blizzard’s collectible card battler has proved a few things in its two or so years of existence. One is that a casual game can achieve real critical success, and be taken seriously outside the realms of those who only think about mobile games. Another is that being first doesn’t matter if you can be slicker, smoother and more accessible than what came before. But most importantly, for the game’s influence on the rest of the market, it proved that people will pay a lot of money to collect virtual cards. Everyone and their dog has a Hearthstone-inspired collect-em-up today, and that would never have happened if Blizzard hadn’t had that initial success.