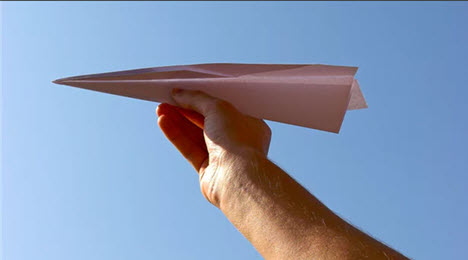 This article titled “Nasa needs you: space agency to crowdsource origami designs for shield” was written by Nicola Davis, for The Guardian on Thursday 20th July 2017 17.19 UTC

If you know your crane from your bishop’s mitre, Nasa needs you. The space agency is launching a challenge to crowdsource origami-inspired ideas for a foldable radiation shield to protect spacecraft and astronauts on voyages to deep space, such as missions to Mars.

With the challenge open for entries from 26 July, innovative designs can be submitted through the website, Freelancer.

“The theory is that there will be a lot of people who have expertise in folding techniques or origami and [Nasa] want to find a very efficient way to pack a radiation shield,” said Matt Barrie, founder and CEO of Freelancer.

Helen O’Brien, a space engineer from Imperial College London who is not involved in the project, said that radiation shields – typically made of aluminium – are a crucial component of both manned and unmanned spacecraft.

“Essentially cosmic rays and other solar radiation can be very damaging to both people and electronics,” she said, pointing out that it can cause cancer, as well as triggering faults in circuits.

But, she noted, mass means money when it comes to space missions, and bulky items take up space that could be used for instruments – or people.

“Nasa want something that is sufficiently packed and compact so that when you actually land on a planet you can expand it and it will provide maximum efficiency and protection from radiation,” said Barrie.

As well as the radiation shield challenge, two other projects have been announced, one of which is asking for animation storyboards to help the space agency explain its experimental system for keeping track of objects inside the International Space Station (ISS). The other is to create a badge, known as a mission patch, for the space agency’s 3D printer-cum-recycling project, the “In Space Manufacturing Refabricator”.

The challenges are the latest in a series of conundrums posed to the public by the Nasa Tournament Lab and Freelancer. Previous challenges have ranged from suggestions for an app interface for astronauts’ smartwatches, to designing an arm for the Astrobee robot, that will help with tasks on the ISS.

“The whole premise is that by tapping into the minds of millions of people we will hopefully find unexpected solutions to problems that Nasa internally couldn’t come up with,” said Barrie.

It is not the first time space engineers have turned to the Japanese art for inspiration.

Among previous projects, earlier this year Nasa announced it had joined forces with researchers at Brigham Young University to create an origami-inspired folding radiator that allows the rate of heat loss to be controlled by changing its shape.

Robert J. Lang – an origami artist, world expert on the mathematics of origami and a former Nasa physicist – said that he was not surprised that Nasa was looking to the art for inspiration.

“Origami is a natural fit to many problems involving deployability in space, and Nasa has worked with origami artists – myself and others – over the years,” he said.

Mark Bolitho, a professional origami designer and an organiser of the international meeting on Origami in Science, Mathematics and Education to be held at the University of Oxford next year, added that applications extend beyond space.

“There have been many advances in the application of folding in science,” he said, citing innovations such as heart stents, car air bags, “and even experiments to fold at a molecular level.”

O’Brien, too, welcomed the use of origami in space engineering. “Origami is fantastic – the way that the intricate structures can be produced in such a small volume, but then also can be deployed to something that is really huge,” she said. “There is no reason why that kind of [approach] cannot be used to provide innovative and low mass shielding for space missions in the future.”