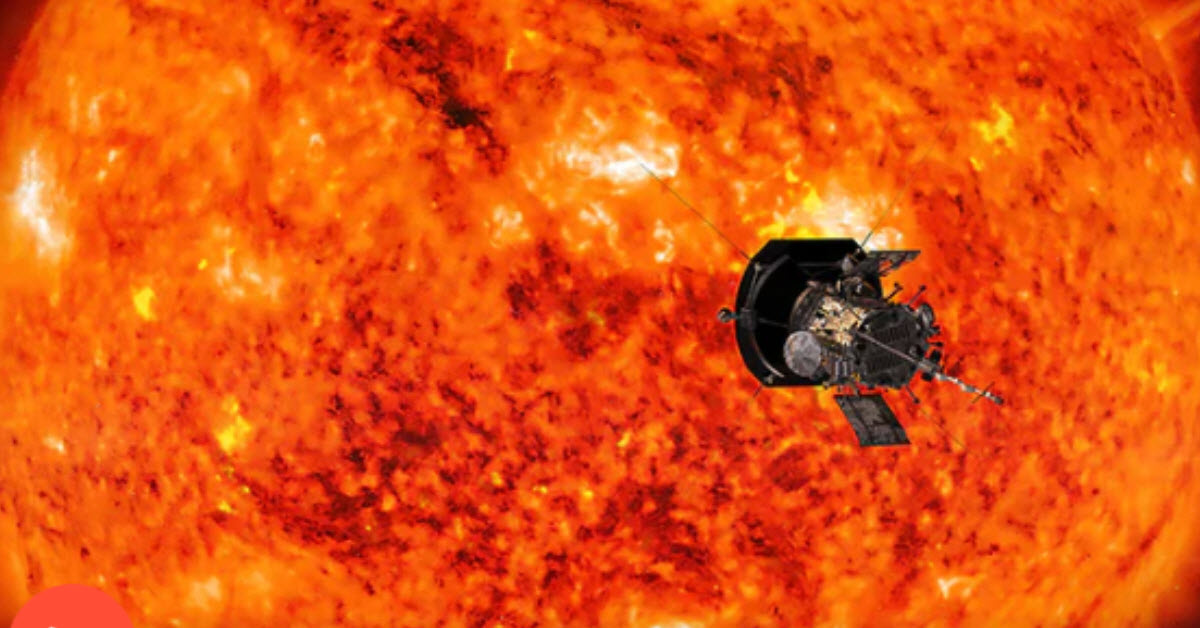 A last-minute technical problem has delayed Nasa’s unprecedented flight to the sun.

Nasa says it will try again on Sunday.

Once on its way, the Parker probe will venture closer to our star than any other spacecraft. The $1.5bn mission is already a week late because of rocket issues.

Thousands of spectators gathered in the middle of the night to witness the launch, including the University of Chicago astrophysicist for whom the spacecraft is named. Eugene Parker predicted the existence of solar wind 60 years ago. He’s now 91 and eager to see the solar probe soar.

From its launch pad at Cape Canaveral in Florida, the Parker Solar Probe will blast off on a course that swings past Venus and loops around the sun before diving ever lower into the star’s brutally hot atmosphere, the corona that shines like a halo in a total solar eclipse. The US space agency aims for lift-off at 3.48am local time (8.48am BST).

Related: Spacewatch: Firing up for a close encounter with the sun

In terms of sheer energetics, this is a mission like no other. To break free of Earth’s influence, the spacecraft requires 55 times more launch energy than a voyage to Mars. So it is that the Parker Solar Probe, itself no larger than a family car, is perched on a Delta IV Heavy rocket which stands 72m tall, 15m wide, and holds more than 600 tonnes of fuel.

The return for lighting that propellant is a spacecraft that travels faster than any human-made object in history. On its closest approach, the Nasa probe will tear around the sun at 430,000mph. At that speed it would take seven seconds to reach Penzance from John o’Groats, congestion on the M5 notwithstanding.

After the first Venus flyby in late September, the spacecraft will reach the sun in November and beam home its first data in December. Over the seven year mission, it will slingshot around Venus six more times, drawing on the planet’s gravity to trim its orbit about the sun. In all, the Parker probe will circle our home star 24 times and come within 4m miles of its visible surface, the photosphere.

Even at such a distance from the sun the spacecraft will fly through the corona where temperatures reach 3m celsius. The probe can only take the heat because the atmosphere is so desperately thin. More challenging is the onslaught of sunlight at such proximity. To survive that, the probe hunkers down behind a 12cm-thick heat shield that will reach a blistering 1,400C. Should the spacecraft tilt and see the sun it will melt like the wax and feathers that held Icarus aloft.

“Nothing about this mission is easy. It’s a very harsh environment,” said Nicky Fox, project scientist on the mission at Johns Hopkins University in Maryland. “All of us working on the mission will breathe a sigh of relief when she comes out of the corona for the first time.”

For an object so fundamental to life on Earth, the sun remains steeped in mystery. One such puzzle surrounds the corona itself which is 500 times hotter than the 5,500C visible surface. As Fox puts it, that is like walking away from a campfire and finding that the temperature goes up. “We know that something in that region is causing this incredible heating, but we don’t know what it is,” she said. With its suite of instruments, the Parker Solar Probe will fly through the corona in search of answers.

A further mystery is what powers the solar wind, the ionised gas that races away from the sun at more than a million miles per hour. The idea that such a wind existed was ridiculed when it was first proposed by a young physicist named Eugene Parker in the 1950s. But in time scientists came to understand how the solar wind buffeted our planet, lit up its dramatic aurorae, and generated space weather that can send satellites off course, knock out power grids, and expose astronauts to extreme levels of radiation. The mission takes the name of the 91-year-old who once played down his contribution by declaring that all he did was write a paper.

“These are questions that have puzzled scientists for decades and decades,” said Fox. “We are going to the last major region of our solar system that has yet to be explored. It is a voyage of discovery.” Armed with fresh findings from the probe, researchers hope to grasp better the vagaries of space weather, and so predict its impacts more accurately.

In the poetic language of the US space agency this is “a mission to touch the sun”, but in understanding our nearest star, scientists will learn about those cast throughout the universe. The probe is heading for the sun close to the solar minimum, the time when sunspots are rarest on the surface. Over the course of the mission, the Nasa probe will gather observations as the star ramps up its activity and sunspots spring up all over. If everything goes to plan, the spacecraft will fly through at least one vast eruption from the sun known as a coronal mass ejection, or CME.

From their distant offices on Earth, the scientists on the mission will have limited control over the spacecraft. Communications take nearly eight minutes to reach the vicinity of the sun, so the probe is pre-programmed to respond to glitches as best it can. Should it sense it is turning and heating up, the probe will fire small thrusters to keep its heat shield firmly between it and the sun.

The final Venus flyby will put the Parker Solar Probe in a stable orbit around the sun, but eventually, the spacecraft will run out of the hydrazine fuel needed to hold its shield in position. When that happens, the spacecraft will slowly turn and expose itself to the full intensity of the sun’s glare. “It will break into pieces, and they will get smaller and smaller, until she becomes part of the solar wind,” said Fox. “At least that’s the romantic story I tell myself to deal with it going.”