Space tourists will have to wait as SpaceX plans bigger rocket 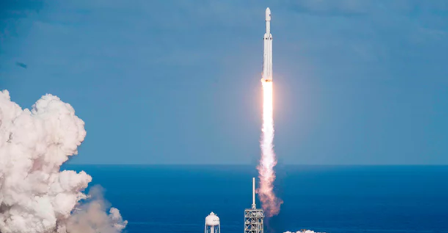 This article titled “Space tourists will have to wait as SpaceX plans bigger rocket” was written by Stuart Clark, for The Guardian on Thursday 8th February 2018 21.30 UTC

The successful maiden flight of SpaceX’s Falcon Heavy rocket on Tuesday should have paved the way for an audacious mission to send a pair of tourists around the moon later in the year.

But Elon Musk, SpaceX’s chief executive, said on Monday that the company would delay such endeavours in favour of developing a larger rocket.

Musk had announced last February that two private individuals had approached the company and asked to be flown around the moon in late 2018 on the Falcon Heavy rocket. The date of the proposed flight would have coincided with the 50th anniversary of Nasa’s Apollo 8 mission, which was the first human circumnavigation of the moon.

However, Musk says SpaceX is making such good progress on its next rocket, the Big Falcon Rocket (BFR), that it makes more sense for the company to focus efforts there.

At the top of the BFR is the Big Falcon Spaceship, a re-usable crew capsule that could eventually be used for lunar landings.

So, these two anonymous space tourists are going to have to wait a little longer for their moonshot.