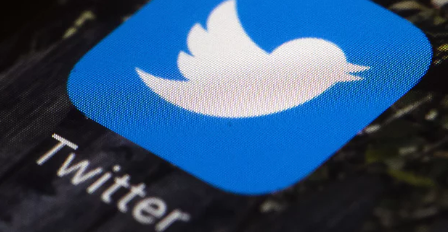 This article titled “Twitter makes first quarterly profit in its history” was written by Julia Kollewe, for The Guardian on Thursday 8th February 2018 13.35 UTC

Twitter has posted its first quarterly profit in the company’s 12-year history, although a clampdown on fake accounts meant it lost users in the US and overall user growth stalled.

The San Francisco-based social network, which went public five years ago, made a profit of $91m (£65m) in the fourth quarter of 2017, compared with a $167m loss a year earlier, after cutting costs.

It also returned to revenue growth as video ad sales rose, with revenue up 2% year on year to $732m. Twitter’s annual loss shrank to $108m from $457m in 2016. It expects to make its first annual profit this year. Shares jumped more than 20% on the news.

However, the site favoured by Donald Trump, celebrities and politicians struggled to increase user numbers, despite the publicity created by the president’s frequent tweets. In a letter to shareholders, Twitter said it had stepped up efforts to reduce spam, automated accounts known as bots and fake accounts.

The company had 330 million monthly active users in the quarter, up 4% year on year, but growth stalled compared with the previous quarter. The number was below the 332.5 million expected by Wall Street. A change that Apple made to its Safari web browser reduced the tally by 2 million.

In the US, where Twitter makes most of its revenue, the number of users dipped to 68 million from 69 million in the third quarter.

The network faces tough competition from bigger rivals such as Facebook, which has 2.1 billion monthly users, along with more recent arrivals including Snapchat and Instagram.

Twitter has introduced measures to tackle abuse and has said that it “cares deeply” about misinformation and its harmful effect on civic discourse.

“They are playing whack-a-mole with these problems,” he told AP. “They say they have the problem under control, but they don’t know what the problem is exactly.”

Twitter’s chief executive, Jack Dorsey, has in the past year tweaked the product he co-founded to attract more users. Twitter doubled the number of characters allowed in each tweet in most languages, from 140 to 280. It also signed deals with media companies to live-stream news, sports events and entertainment shows.